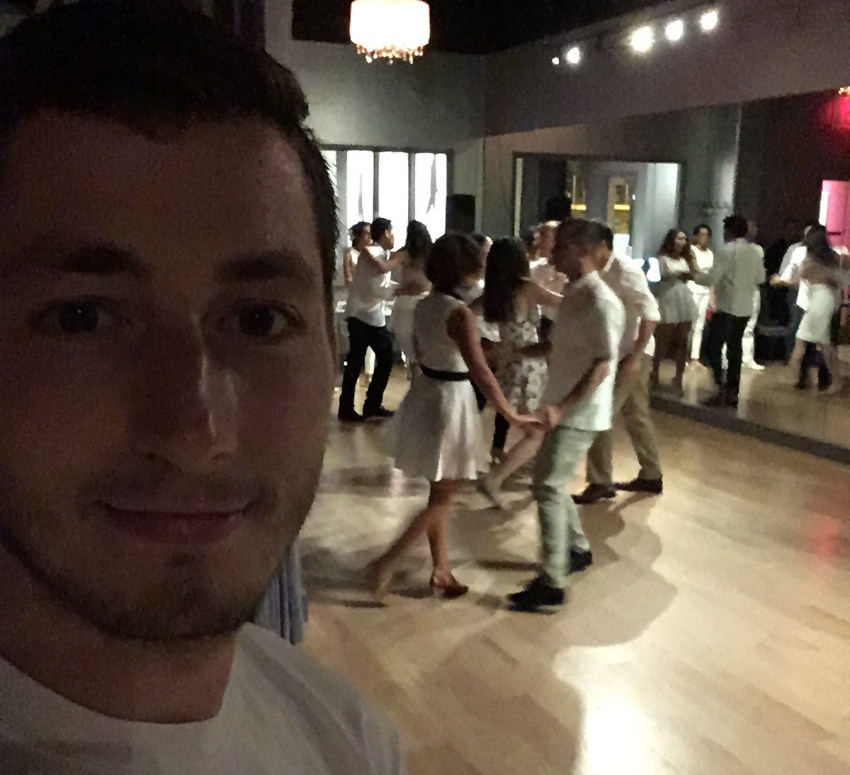 This past Saturday, I signed up for a Salsa class at Salsa with Silvia, a dance studio in Columbia Heights.

I had never taken a dance class in my life. I hadn’t ever taken an initiative to improve my dancing before. But I had nothing to do last Saturday, so I figured, “What the hell, at least I can say that I tried.”

Class started at 2:15. Around fifteen other people were in attendance. Most of them were couples. All of them were adults, and I was the only college student.

The instructor, Jason, led us through some basic moves. We went over the forward-and-backward movements that make up the basic choreography of salsa dancing. We paired up in male-female pairs as he counted out “1-2-3-4,” and we tried our best not to stumble through the movements.

At least I wasn’t the only one who didn’t know what he was doing. This was a beginner’s class, and none of us could brag about our dancing abilities. Many of us were off-tempo, and we tried hard to keep rhythm, but our rigidity ultimately made us off-beat. But every time we messed up on a Cross Body Lead or Cumbia move, we just laughed it off. Nobody was judging anyone else there. We were all there to learn.

By the end of the hour-long class, we learned three movements: the ‘basic’ forward-and-backward movement, the ‘side-to-side’ movement, and the ‘cumbia.’ All were simple enough for us to learn in a day, but we were proud nonetheless.

“For anyone that doesn’t know about it yet, you all should come to the party tonight.” Jason said at the end of class. “It’ll be a lot of fun, and I’m DJ-ing . . . all the more reason to come!”

I, along with a few other classmates, decided to go.

So, four hours later, I returned to Salsa at Silvia’s. It was a “white-out” party, meaning the dress code for entry was anything white. Men mostly wore white jean pants and collared shirts. Women either wore white jeans and shirts or dresses.

I didn’t have any nice white clothes. Aside from a few white t-shirts that still needed to be put in the laundry, all I had was a long-sleeved polyester shirt from my high school soccer team. I stuck out like a sore thumb as I walked back into the studio later that night, and the first man I saw in front of me was wearing a white dress shirt and a tie. My white cargo shorts couldn’t compete with his dress pants.

An intermediate-level class started off the night’s festivities. But I don’t think “intermediate” was the right word for it.

Mario was the instructor for this group. He led the group of thirty-some students through complicated movements that involved leg-crossovers, hops, skips and flashy hand movements. I couldn’t follow through with any of them. I hung in with the rest of the class, showing how comedic a beginner could look when he tries to keep up with the pros.

After the hour-long class, I was sweating bullets. I thought of leaving and going back to my host’s house in Capitol Hill. But then Jason entered the room, and he started DJing his salsa playlist. Everyone from all levels of expertise joined each other on the dance floor, and started to strut their stuff.

It’s funny how music can bring out the most extraordinary in people. I never would have known anything about my fellow dancers until I met them within the confines of Salsa with Silvia. Outside on Georgia Ave, we were just strangers. But when we were adorned in our white garb on the dance floor, we were all friends.

Nobody felt uncomfortable, and everyone talked with everyone else. Instructors took photos as their advanced students taught the beginners new moves. This was their off-day - their students were taking over for the night.

Each of them had regular jobs. Outside of Salsa with Silvia, they were strangers to each other. But that Saturday night, they were experts in their craft. They forgot about their work lives as they showed off their skills to everyone that was willing to watch.

At 11:15, I had to leave to catch the next Metro at Columbia Heights station. I didn’t want to be stranded before midnight. I said goodbye to all of my new classmates, beginner and advanced alike, as I walked out into the dark sidewalk of Georgia Avenue.

I heard sirens in the distance and some dogs barking a few blocks away. I did what every other D.C.er does; I put on a pair of earphones and turned on my own playlist. I tried to coordinate my steps with the beat of the music, like how I learned earlier that day. I wasn’t an expert yet, but hopefully I will be. 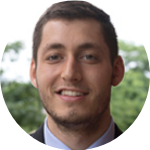 Peter majored in history at Earlham College in Indiana. He participated in TWC’s Summer 2017 Academic Internship Program, where he interned at the Washington D.C. Economic Partnership, a nonprofit, public-private, organization that drives inclusive economic growth and job creation for Washington, D.C. 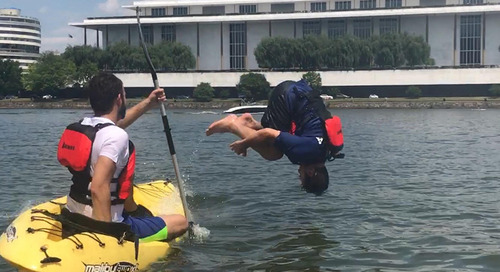 Taking Advantage of D.C. after Your Internship Ends

After my work day is over, there's still another 16 hours available. 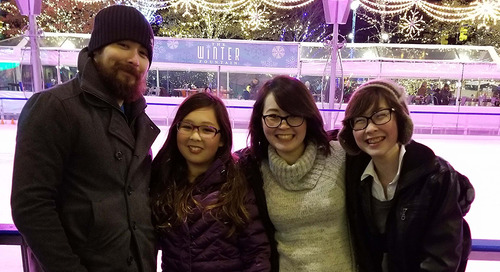 The Value of Going Home

I decided that I was going to go home for Thanksgiving approximately four days before I got on the plane to...