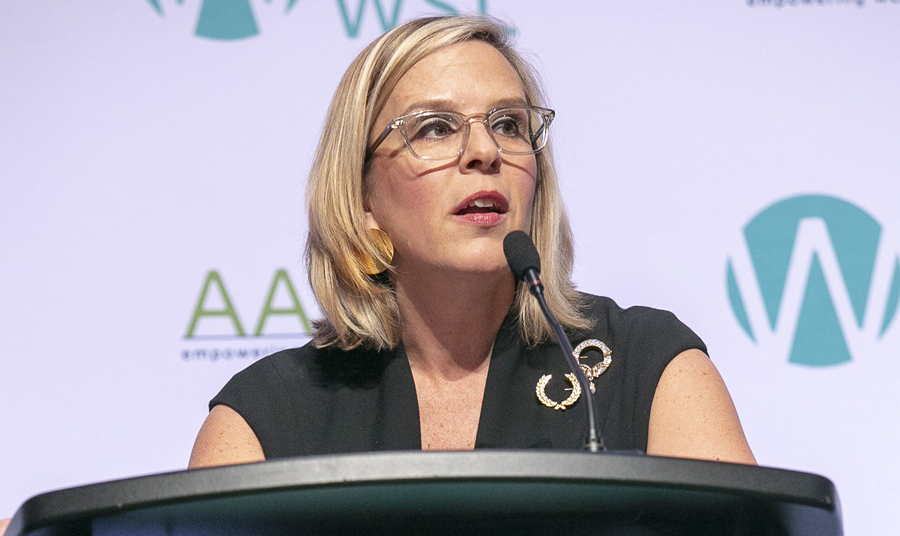 WASHINGTON D.C.—The Washington Center for Internships and Academic Seminars (TWC) has announced that Kimberly Churches will become its fourth president effective Oct. 18, 2021. Churches, who will be the first female chief executive officer in TWC’s 46-year history, will succeed Christopher Norton, who will retire after 18 years of service to the institution as a board member and president.

“I am honored to be joining The Washington Center at this critical time,” said Churches, who was selected as president following a nationwide search. “As the world begins to reopen, the future of higher education and workforce development is widely being discussed in preparing the next generation of leaders. The Washington Center is and will be a critical bridge between academia and employers in every sector."

TWC selected Churches from more than 100 highly qualified candidates who represented a broad range of backgrounds and industries. Leaders from the public, private and nonprofit sectors were considered, and three finalists—all women—emerged in the late stages. Churches’ selection was approved unanimously by TWC’s Board of Directors in late June.

“I am absolutely thrilled with our choice and believe that Kim is well equipped to lead The Washington Center into its next phase,” said Board Chair Susan Pannullo in an announcement to the TWC community.

Churches brings nearly three decades of experience in nonprofit and higher education administration to TWC, joining the organization after serving most recently as the chief executive officer for the American Association of University Women (AAUW). In her four-year tenure leading AAUW, a national nonprofit advancing gender equity through research, programs and advocacy, Churches developed and implemented a comprehensive strategic plan to ensure the organization’s mission focus, and to bolster diversity equity and inclusion, financial sustainability and impact. Today, AAUW works to eradicate barriers and biases in education and training, in the workplace and in leadership. Under Churches’ leadership, AAUW is also in its best financial position in more than a decade.

“The pandemic exacerbated so many inequities in the workplace and in all parts of our society,” Churches said. “With a strong commitment to diversity, equity and inclusion—together with TWC’s employer and university partners—we’ll build better access to experiential learning and career readiness to bolster the workforce pipeline for decades to come.”

Prior to her work with AAUW, Churches served as the managing director for the Brookings Institution, building partnerships and providing strategy, leadership and guidance to the 100-year-old think tank. Before being promoted to managing director, she was the vice president for institutional advancement and external relations at Brookings and led the largest think tank fundraising campaign in history, exceeding the $600 million goal. Her accomplishments at Brookings built on prior successful efforts as associate vice chancellor at the University of Denver and director of development at the University of North Florida.

As the world begins to reopen, the future of higher education and workforce development is widely being discussed in preparing the next generation of leaders. The Washington Center is and will be a critical bridge between academia and employers in every sector.

Outside of her official roles, Churches has devoted her leadership skills on behalf of several professional and charitable organizations, including the Association of Fundraising   Professionals International, the Leadership Conference on Civil & Human Rights, 1455LITARTS.org, DC Girls Baseball and BUILD Metro DC. A dynamic and sought-after speaker, Churches has addressed several national conferences and conventions and conducted interviews with national media outlets such as the New York Times, Washington Post and USA Today. Her thought leadership has appeared on websites for CNN, MSNBC, The Hill and Fortune.

Churches looks forward to applying these experiences, alongside the many attributes and skills she’s honed over her career, to furthering TWC’s mission and guiding the organization into the next chapter of its respected history.

Dressing for work can be tricky, whether you’re in the office or working remotely. Use this guide to get fa... 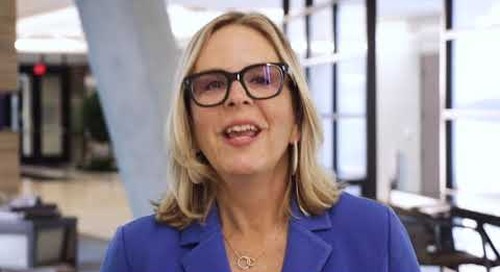 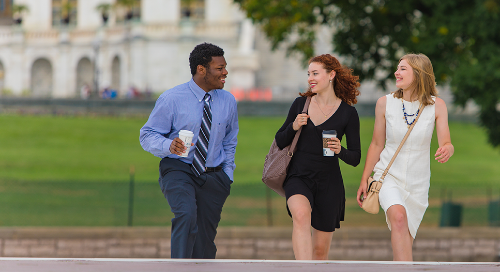 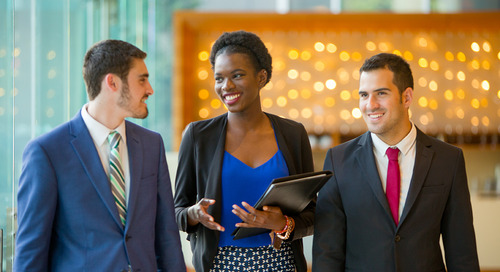 No matter wha's going on in the world, The Washington Center is here to help you launch a career you'll love. Take a tour of our Academic Internship Program with this interactive guide. 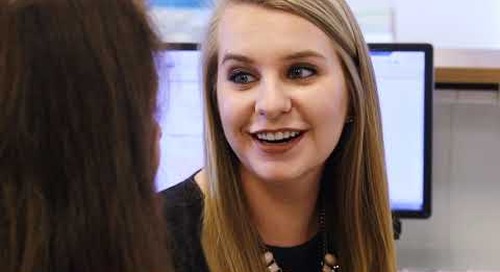