Home » Articles from The Washington Center » From the RNC to Twitter: How the National Convention Experience Shaped this Alumna’s Career
× Share this Article 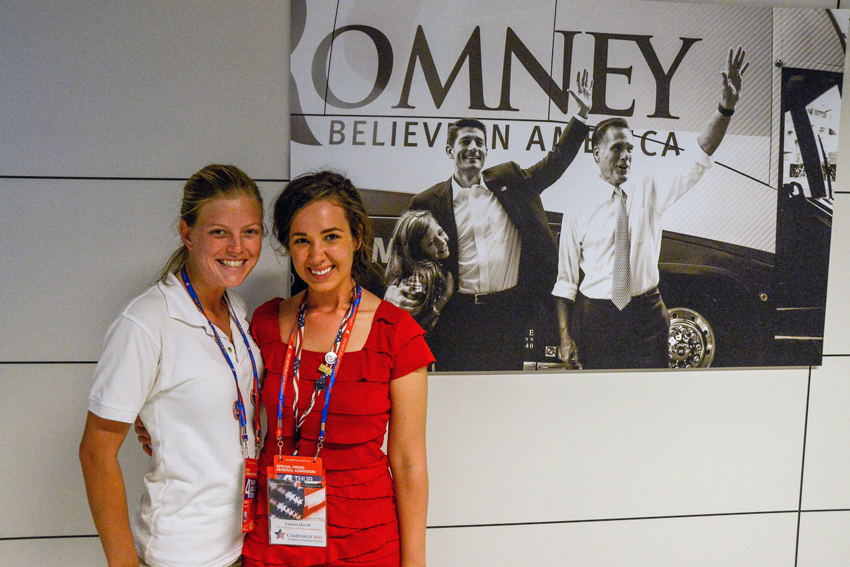 Not even the threat of a potential hurricane could dampen Lauren’s Campaign Seminar experience in 2012. And thanks to her perseverance, she can draw a direct line from the convention experience, through working with political campaigns, to her current position on Twitter’s public policy team.

What college or university did you attend? What was your major?
I attended the University of Texas at Arlington where I majored in public relations with an emphasis on leadership analysis.

Which convention (site and year) did you attend? What was your field work assignment while there?
I attended the 2012 Republican National Convention in Tampa, Florida during the summer between my junior and senior years. At the convention, I was assigned to work with the Committee on Arrangements. That committee works with the RNC and host city to make sure everything goes smoothly.

What excited you about participating in the Convention Seminar? Why did you choose to make this part of your college experience?
Political conversation was certainly in the air on campus leading up to the election. I was intrigued by the idea of being in the room where it happened, so to speak. There’s something really special about being in the place where a political convention is hosted. To be able to say that, “I was there!” — to be able to speak about it and what it meant, and to bring that experience back to campus was incredibly appealing to me.

There’s something really special about being in the place where a political convention is hosted. To be able to say that, “I was there!” — to be able to speak about it and what it meant, and to bring that experience back to campus was incredibly appealing to me.

What was the most remarkable experience you had during the convention?
The people I met in Tampa were the most memorable part of my experience. Whether it was a very informal situation, such as walking onto the elevator and running into a public figure or more formal reception with a keynote speaker, there were so many opportunities to interact with people you just wouldn’t normally get the chance to see. Being in that space — having access to people who have incredible stories and are making waves in our nation's history — was remarkable.

I really loved the academic portion as well. I’m a nerd, but I think that was exceptionally valuable because it laid the groundwork for the kind of interactions you were going to experience, the kind of thoughts you should challenge yourself to have while you're watching history happen in real time. Funny enough, I also vividly remember the storm. They had to cancel the first day of the convention due to Tropical Storm Isaac.

What was your most valuable takeaway from the Convention Seminar?
The relationships I established at the convention were my most valuable takeaway. I still communicate frequently with the academic advisor for our group, Dr. Robert Saldin. He is a professor from the University of Montana, and we chat on Twitter. My seminar roommate is still a really good friend to this day. Whenever she comes to D.C., we always take the time to get together and catch up. My university also sent one student to the DNC in Charlotte. We got together afterward to compare stories. That was special too.

How would you describe the value the seminar added to your career?
Oh, it certainly added value. For me, the seminar revealed professional possibilities. It showed me what a degree looked like in reality, how it was to actually operate in the American political sphere. When you're studying in a classroom or working on strategic communication plans on paper, you don't quite get it as well as seeing it in action. I definitely grew my professional network because of my time in Tampa as well.

What are you doing now and how does it relate to your convention experience?
My convention experience directly impacted my first step after school. My first job after college was with the Republican National Committee. After that, I spent several years executing creative and digital work for various House and presidential campaigns. Recently, I made the switch to the private sector and work on Twitter's public policy team. In my role at Twitter, I get to work with government representatives and political campaigns, teaching them strategic execution and best uses of Twitter in public conversation and civic engagement. It was quite literally a direct shot, one thing led to the next. And the experiences I have — starting at the convention — inform what I do on a day-to-day basis.

Why would you recommend a current student participate in the Convention Seminar?
There's nothing like a national political convention and the experience of being there. “I was there when — fill in the blank — happened.” It’s incredibly empowering to have possession of that experience and be able to speak in an informed and personal manner on the discussions that are shaping our political conversation.

That's why I would recommend it. 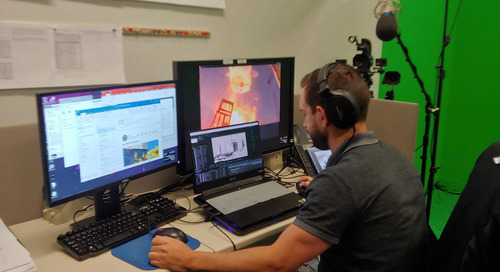 The Washington Center connected Georgetown grad student Jason Sullivan with an internship at the Federal Av... 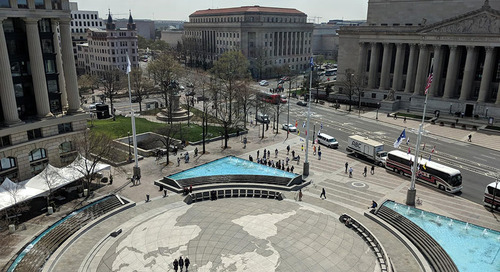 What does a typical day in the life of a Department of Homeland Security Intern look like? Summer 2019 stud...