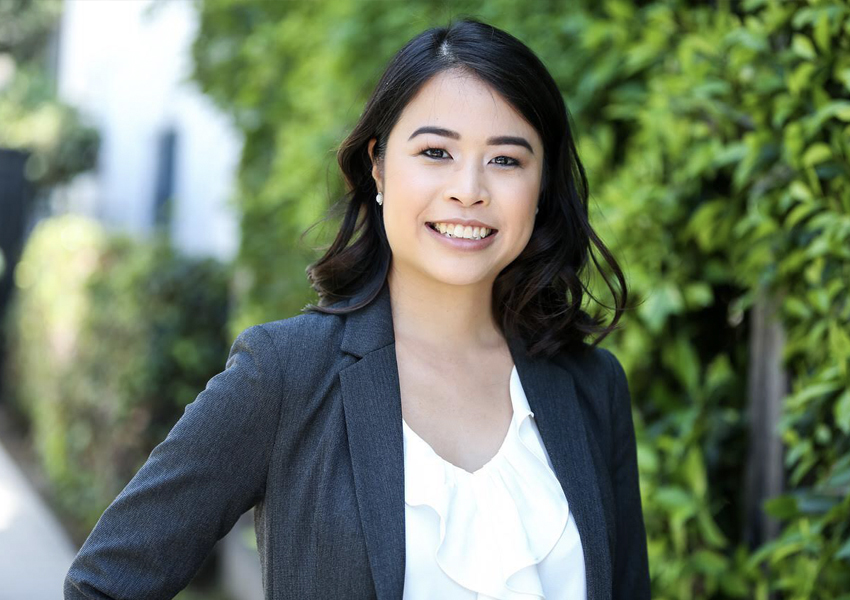 Yet she still found there was something about the TWC community and having students from across the United States gathered together for the Inside Washington seminar: “If there’s anything I’ve learned, it is connection is everything."

What are your impressions of the Inside Washington seminar?
I knew that this was going to be a great program. I am actually a Congressional staffer based in California. The Washington Center is very reputable among staffers, and even the members themselves. Walking in, though, I was a little bit shocked, to be honest. By the end of the two weeks, I absolutely love it. I’ve enjoyed it and can testify that TWC definitely lives up to its reputation.

Inside Washington has definitely been one of the best choices I’ve made in grad school.

What prompted you to participate in the seminar program as part of your college experience?
The biggest factor was that it is a two-week program and I get four units of credit for it. I’m working full time while going to grad school and also serving on my local city council. I looked for the best way to maximize my time and this was it. Even though the two weeks were packed and dense, I like the way TWC scheduled all of the programming so that we could utilize our free time here. I was able to grab coffee, arrange meetings and attend networking events after seminar hours.

How have you enjoyed this immersive learning experience with your classmates and other students from around the U.S.?
My graduate program is done online so it’s refreshing to see some of my classmates here. It makes it more personal to connect with them and exchange ideas. Then, I learned a great deal from interacting with the other students from all over the United States. My roommate is from Kentucky and and the girl next door is from Oregon. I thought, oh, Portland but she’s from a town two hours away from Portland and the closest gas station is 45 minutes away; most everything is 45 minutes away for her. We ended up having a conversation about how to be involved in politics when you’re living in an area that isn’t as readily accessible. I never really thought about, in the same country, you can have such different life experiences. And because of those lifestyle differences, we have different concerns, political priorities, and from there you can better understand where people are coming from and their perspectives. That realization is directly because of this experience.

Had you been to Washington, D.C. prior to the seminar? Did anything about being in D.C. stand out, or have you discovered anything surprising?
As a staffer, I did have quite a few chances,, to come to D.C. Even though I prefer California and its weather, in these past two weeks, D.C. has definitely grown on me. It has been a great experience. The stand out thing was visiting a lot of agencies that I had never worked with, despite my work with the federal government.

I thought it was interesting to get to know more people, more government or political insiders, who work in Washington, D.C. That has been amazing.

Has there been a panel session or speaker that has enhanced or changed your view on a particular subject? What about it distinguished the session?
It definitely has enhanced my view on some subjects. The key is to be open-minded. I came here, and I told my classmates this, we’re here to listen to each other, to better understand each other and our different perspectives. We’re here to learn about each others’ views and those of the speakers. I enjoyed hearing from most of the speakers, even if they might have a different perspective - for example, Sean Spicer. I totally disagree with him, but I do have to say that I learned a great deal from his session and even the way he delivered his speech. I thought it was impressive how polished he was. Listening to different stories and different perspectives, keeping an open mind is what is important.

Has attending the Inside Washington seminar - the sessions, networking, group meetings, site visits - had an effect on your future plans? How can you apply what you have learned through this experience back in class or in your career?
I think the one thing that Inside Washington has helped me appreciate is the connection, the network of people you’ll meet. You never know five years from now who you’re going to call, who you’re going to email. I plan to keep in touch with everyone who gave me their business cards and those that met for coffee. Among the students, we intend to keep in touch using LinkedIn and email. One of the concerns I’ve heard from some students is difficulty in accessing anything - internships, jobs - and we talked about how to mobilize younger voters and grassroots activities. For instance, I was talking to my classmate about staying active and using grassroots to organize folks, register people to vote, volunteer for local campaigns. No matter where you live, you can always represent your community.

How would you describe the TWC Inside Washington seminar experience to someone else?
I love it. I have worked in politics for five years now. Even with my experience, I learned a great deal from listening to all of the speakers, panelists and my classmates. Obviously, you have to come in with an open mind and be eager to learn, to network and connect. Reach out to the panelists, the speakers. More likely than not, they will be willing to help. I highly recommend it to every student, whether undergraduate or graduate, regardless of where they may be from.

At the conclusion of Inside Washington Jocelyn was reflective and appreciative. Inside Washington allowed her to connect with classmates, fellow students and panelists. Some of the panelists even spoke to her about her career and grad school. “It has been refreshing that even in D.C., where it is all hustle and bustle, people will take time to sit with you and provide you with some advice. I don’t know if I’m going to stay where I am, or for how long, but I do know for a fact that I would like to remain active in local politics.” 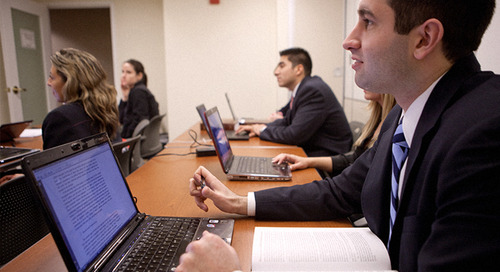 TWC's evening classes are not just opportunities to study different topics of interests, but for students t... 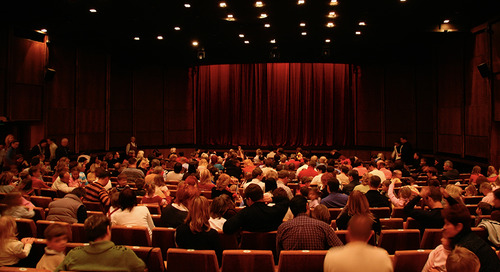 D.C. is a cultural hub with plenty of venues to catch live theater. But interns don’t have to break the ban...