Home » Articles from The Washington Center » Hosting a Friend in D.C.
× Share this Article

Hosting a Friend in D.C.

My homesickness has been cured! My friend Nik from back home visited D.C. this past weekend, and I realized how much of a local I am now.

At first, I didn’t think Nik was even going to make it out here. Everything that could go wrong went wrong with his flight. Delays, cancellations, baggage issues — all of it. I was briefly heartbroken because I had planned out a whole weekend of sightseeing and he would miss the best part (a tour of the Capitol) if he was late. But it worked out (thankfully), and he was able to catch a flight to Baltimore and then commute to D.C. I stood outside to wait for him at 2am on Friday, more impatient than I’ve ever been in my life. I just really wanted to see a familiar face.

We did so much in just five days. We started at the Capitol with a scheduled tour and took pictures with every statue we could find. We then made our way over to the Library of Congress where we were both way too excited about making a library card and spent almost an hour running from building to building to find the right room.

When we finally got into the main reading room with our brand new cards, we both immediately went looking for the politics section and had our own little photoshoot at the library. More time was spent posing for the pictures than actually reading the books. After snagging a few souvenirs at the gift shop, we made our way over to the National Mall area and ended up at one of the Smithsonian museums — gushing over the Canadian embassy on the way over, of course.

The first night ended with an evening walk of the National Mall. We did the classic Washington Monument to Lincoln Memorial to Jefferson Memorial walk with a few friends from TWC. This was probably the best part of the weekend — we all bonded so fast and had so many inside jokes.

After staying up way too late when we got back, Nik and I ended up staying in the next day. We got some much needed sleep and then gained access to a pool with another group from TWC. And just like that, the weekend had come to an end and Nik only had two days left.

After the weekend, I worked during the day but we found time to squeeze in a trip to Georgetown in the evening. When I say we did so much in just five days, I really mean so much. We walked by the harbor, went for dinner at Clyde’s (I actually ordered something other than pizza!), and took way too many pictures of each other (again). For Nik's last night, we dressed up and treated ourselves to more seafood and drinks at District Anchor. I had crab cakes for the first time while Nik talked about his next adventure in New Orleans - it was a great final evening in the city we had both dreamed of visiting when we enrolled in our first political science class.

We took about a million candids of each other and spent way too much money but kicking it with Nik for a few days was exactly what I needed. 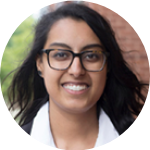 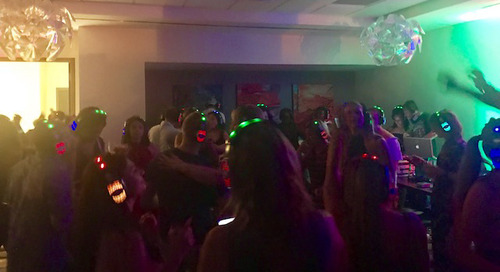 I had the opportunity to attend a silent disco, one of Washington’s favorite nightlife attractions where hu... 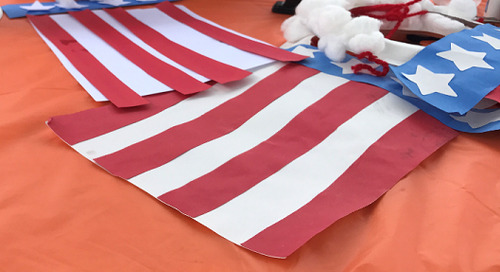 I was rushing around in preparation for the big Fourth of July celebration. The streets were busy, Uber sur...